This years event is being sponsored by Darcy King of Unique Tool & Mould, the Belle River – On the Lake BIA and Keystone Groundworks.

After ten successful years, jetski racing will once again return to the Sunsplash Festival this year.
The prestigious Canadian Watercross Nationals take place Saturday and Sunday at the West Belle River Beach from 11 a.m. until 4 p.m.
The event is hosted by CanAm Watercross under the direction of Amy Green and Ray Proulx.  Racers from across Canada and the US will be vying for National Championship titles, with the top finishers in each class also earning an invitation to the IJSBA World Finals held in Lake Havasu City, AZ, in October.

The event draws over 100 competitors from all over North America and has been voted one of their favourite events of the year!  Over a thousand crew members, family, and friends accompanied the racers to the area for the weekend of racing! The event also draws a huge crowd of  spectators and has earned favourable coverage in magazines and internet blogs! Even a television show was produced and distributed around the world! The races draw more beginners from the local area than any other race on the North American Tour, creating a great interest in personal water craft in the Belle River-On the Lake, the Town of Lakeshore and surrounding Essex and Chatham/Kent County

This years event is anticipated to again draw racers from around the world.  Riders from Indonesia and Australia are very interested in participating.  The local and regional riders are already working out, getting in shape, and fine tuning their machines, preparing to compete for the prestigious Canadian National Titles.

The Belle River- On the Lake BIA is very supportive and excited about the positive impact this event makes on the local community by bringing an energy and excitement, while also supporting local businesses for the week surrounding the event! 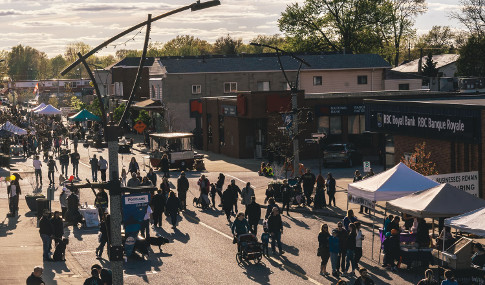